MicroTech BG Ltd. was established in August 2014. Company is engaged in developing and manufacturing of LEDs and Photodiodes for the near and mid-infrared spectral range (1000-5000 nm), as well as developing and producing of gas sensors, minispectrometers and other devices, based on these new components. MicroTech BG works in close cooperation with LED Microsensor NT.

High professional team of leading scientists and engineers from Bulgaria, Russia and Kazakhstan with more than 20 years experience in research and development of chemical sensors, near and mid infrared heterostructures, optoelectronics and microelectronics works on creation and improving of unique world level products.

Ventsislav Dyakov – CEO, engineer. Born in 1965 in Targovishte, Bulgaria. Graduated in 1991 from LIPMO - Leningrad, now ITMO University St.Petersburg, Russia, with qualification Master engineer-optician and research worker and specialty Optics and opto-electronic devices. He has 10-years experience in Defense industry as engineer, designer and quality manager, 4 years in Water supply system as automation engineer, 4 years in Tableware glass industry as department manager and logistics manager. He has developed several successful national and international projects in the field of electronics and automation in 1997-2003. From 2007 to 2015 worked in company Led Technologies Bulgaria Ltd. as company manager. In August 20-th 2014 he founded the company MicroTech BG LTD.

Stefan Andreev, PhD in physics. Born in 1942 in Sofia, Bulgaria. Graduated in 1967 from the State University in Sofia, Bulgaria, specialty - semiconductor physics. In 1980 he completed his PhD work "Quasilinear analysis of dynamic processes in Metal Oxide Silicon (MOS) Integrated Circuits". Since 1980 he worked as a scientific researcher and senior scientific researcher in Integration circuits design department and Measurement, analysis and reliability department in the Institute of Microelectronics – Sofia. Since 1987 he joined Laboratory of microelectronics in the Institute of Solid State Physics (ISSP), Bulgarian Academy of Sciences. He worked on creation and investigation of MOSFET magnetic and MOSFET absorption gas sensors. Stefan was elected to be a scientific secretary and deputy director of ISSP BAS. Last years he was head of Innovation activity department of ISSP. Stefan Andreev has a huge practical experience: In microelectronics - MOS and CMOS technologies, digital ICs, implementation of the production of the relevant products, technological processes and methods of control and qualification in pilot production (NAME) and regular production (ZIS-Botevgrad). He carried out 98 development projects. In physics - technology and application of microelectronic magnetic and gas sensors. He was a head or participant in 12 international scientific projects. In organization of pilot production - specialized application-specific sensor MR700 for reading information. Stefan is Professor, author of 1 monography and more than 60 scientific publications. For many years he reads lecture courses in the Faculty of Physics, Sofia State University. He is authorized expert in Bulgarian small and medium enterprises promotion agency (BSMEPA) to the Ministry of Economy of Bulgaria.

Khafiz Salikhov, Doctor of sciences in physics. Born in 1950 in Tatarstan. Graduated in 1974 from Kazan National Research Technical University , Faculty of Radio-electronic devices. In 1988 he completed his PhD work in Ioffe Institute, Russian Academy of Sciences on research of electrophysical and photoelectrical effects and recombination processes in InAs, InGaAs, InAsSbP and based on them devices. Further, for more than two decades, his work was connected with creation and investigation of gas sensors, based on III-V heterstructures. Doctor of Science in Physics and Mathematics was received from St.Petersburg State Polytechnical University in 2010. He is author of more than 80 scientific publications. Currently he continues his scientific work in the Institute of Applied Research, Tatarstan Academy of Sciences, Kazan, Russia.

Nikolay Stoyanov, PhD in physics. Born in 1965 in Targovishte, Bulgaria. Graduated in 1991 from St.Petersburg Electrotechnical University, specialty - semiconductors and microelectronics. Worked in the Institute of Solid State Physics, Bulgarian Academy of Sciences in Sofia on creation and investigation of MOSFET absorption gas sensors. Since 1995 he worked in Ioffe Institute, Russian Academy of Sciences in the field of Mid-Infrared optoelectronic devices. Received PhD degree in 2005. Subject of PhD work was "LED and PD for the spectral range 1.5-4.8 um based on type II heterojunctions in the system GaSb/GaInAsSb". Author of about 45 scientific articles and 7 patents. CEO of LED Microsensor NT since 2011.

Bizhigit Zhurtanov, PhD in physics. Born in 1953 in Kazakhstan. Graduated in 1991 from Dzhambul Pedagogical University, specialty – physics. Since 1986 worked in Ioffe Institute, RAS on growing by LPE (liquid phase epitaxy) and investigating of semiconductor heterostructures based on GaSb – InAs solid solution. Received PhD degree in 1989. Now he is a chief technologist of LPE structure growth. Author of more than 50 scientific articles and 2 patens. 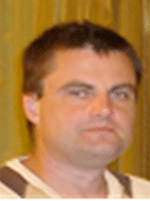 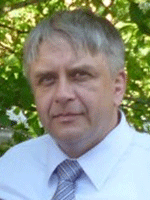 Sergey Molchanov, engineer. Born in 1968 in St.Petersburg, Russia. Graduated in 1991 from St.Petersburg Electrotechnical University, specialty – electronics. Since 1991 worked in Ioffe Institute, RAS under the structure growth by MOCVD (metal organic chemical vapor deposition) and investigation of semiconductor heterostructures based on III-V compounds. Works as a CTO in LED Microsensor NT. Author of 20 scientific articles and 7 patents.


Main facilities of MicroTech BG are placed in Sofia, Bulgaria, on the territory of G. Nadjakov Institute of Solid State Physics , Bulgarian Academy of Sciences (ISSP-BAS). Company rents 150 m2 clean room area and also 50 m2 area for testing and development of new products. The full cycle of technological processes needed for creation of LEDs and PDs, including epitaxy, photolithography, metallization, packaging and testing are carried out in the company. Company also works under development of prototypes of gas sensors, minispectrometers and other devices, based on the near and middle infrared LEDs and PDs under customers’ requests or in collaboration with customers. 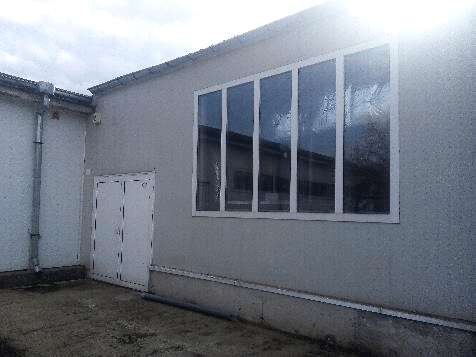 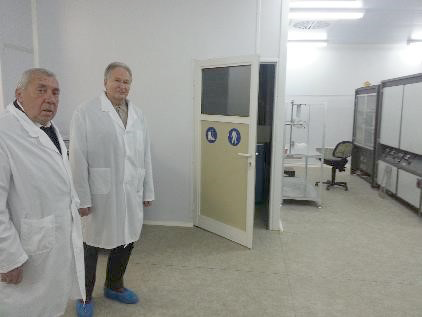 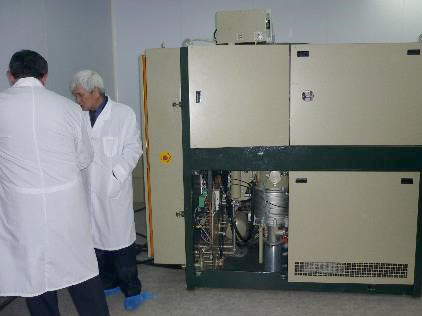